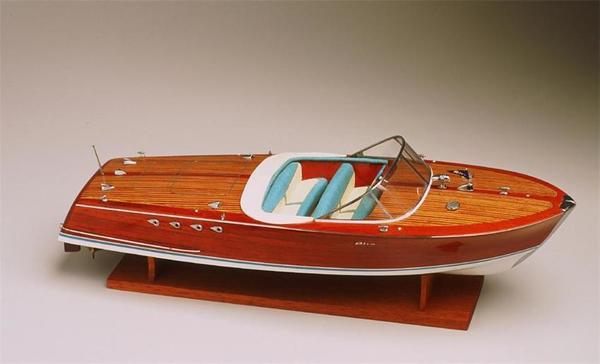 Museum Quality History of the Tritone:

The Tritone is a very important motorboat of for Riva production. For years this model was the biggest model produced. It had two engines and was the perfect size to be a cruising motorboat. This ship is the model that gave birth to the Aquarama. Through the last half of the 20th century, Riva triumphed at all the boat shows and on all the markets in the world. Kings and emperors, princes and sultans, actors, sportsmen and celebrities, and all the international jet-set that filled the pages of glossy-magazines, headed straight to Riva to choose their boats. It was done in the same way as they went to purchase a Rolls-Royce or Ferrari for their car. During this period after WW II, Riva boats became a legend throughout the world, an object of desire and an expression of dreams. Nothing came near to matching the superb quality, style and prestige of the Riva, which was firmly established in a class of its own.