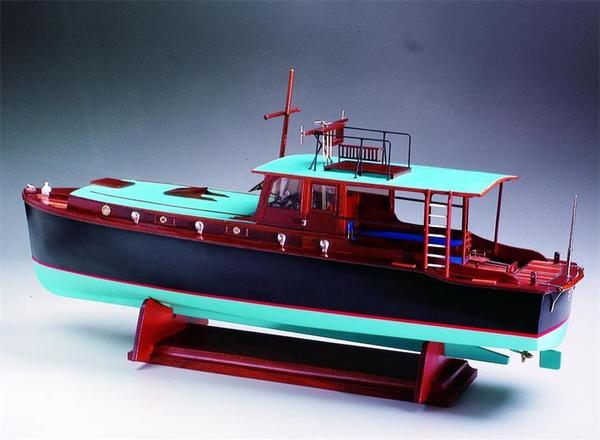 The adventurous spirit of Hemingway was captured in El Pilar, a 38-foot cabin cruiser that he purchased in 1934 for $7500 from a Brooklyn boatyard. She was built by the Wheeler Shipyard in New York City. The $3300 deposit came from Esquire magazine as an advance against future articles. Hemingway brought Pilar to his home in Key West. She was named partly in homage to the shrine of Nuestra Senora del Pilar in Zaragoza (the old woman in For Whom the Bell Tolls), but also in honour of the alias that his mistress, Pauline Pfeiffer, had used in the cables that she had sent to him previously. Hemingway had ordered certain modifications for Pilar, including a larger gas tank for longer cruising, a second deck chair, a live fish well, and transforming the transom for pulling in big fish. She was painted pirate's black. Hemingway was always the captain and the first mate on Pilar was a Cuban named Carlos Gutierrez. When Gutierrez was hired away, Hemingway turned to a man he had met while weathering a blow in the Dry Tortugas. The captain was Gregorio Fuentes, with whom Hemingway would fish for the rest of his life. After Hemingway's death Fuentes continued to work when he could, both as a fisherman and charter captain. Hemingway left the Pilar to him, but soon the Cuban government placed it on dry-land display at Finca Vigía. Whether Fuentes donated the vessel freely or under duress remains unclear.