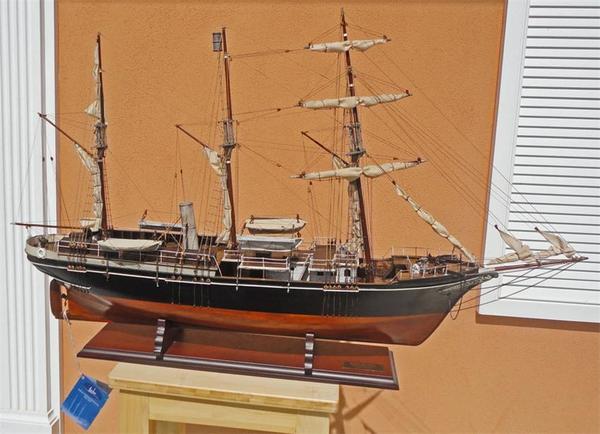 The Endurance Model Ship of 1914 is a great representation of the 1914 Endeavour Ship, which is considered by a lot of people to be the last great voyage of exploration. The curve of the design and the bow accurately represent what the actual ship looked like. This ship was designed to go through ice and it was built to be strong and durable. An elegant, historical and beautiful ship is what you will get with a purchase of the Endurance 1914 Model Ship. This ship is great nautical decor to add to your office or home. Below is the story associated with the Endurance Ship.

Museum Quality History of the Endurance:

Her story is one of the greatest tales of survival in expedition history: Sir Ernest Shackleton’s 1914 voyage to the Antarctic. Just one day’s sail from the continent, the ship Endurance became trapped in sea ice. Frozen fast for ten months, the ship was crushed and destroyed by ice pressure, and the crew was forced abandon ship. Shackleton and his men became castaways in one of the most hostile environments on earth. After camping on the ice for five months, Shackleton made two open boat journeys, one of which-a treacherous 800 mile ocean crossing to South Georgia Island-is now considered one of the greatest boat journeys in history. Trekking across the mountains of South Georgia, Shackleton reached the island’s remote whaling station, organized a rescue team, and saved all of the men he had left behind.