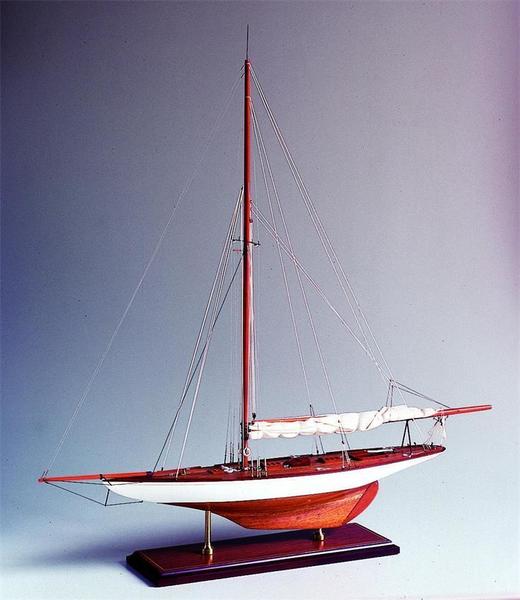 Museum Quality History of the Tuiga:

More than ninety years of history have accompanied this elegant, William Fife 15-meter International Rule on her marvelous journey from the day of her launch to present day. Now, thanks to Prince Albert's passion for the sea, Tuiga is reliving her heyday, competing under the flag of the Monaco Yacht Club. After her launch in 1909, Tuiga quickly became one of the stars of the big rallies and then later was subjected to a whole host of changes. Her elegant lines are the work of design genius, William Fife, and were commissioned by the Spanish Duke of Medinacelli. The Duke was very clear about what he wanted: "a boat which would be capable of competing on an equal footing against Hispania, King Alfonso XIII of Spain's craft.” And so it was. For over four years, the two boats competed in Spanish, French and English waters. In 1913, Tuiga was sold; she went from owner to owner with each one making a change here and there to better suit her to his needs. The first installed electricity and reduced her sail surface by 20 per cent in 1923. In 1934, another of Tuiga's owners mounted her with a 35-bhp Bergius engine and changed her sail plan from fore-and aft to Marconi. The last act of the changes came in 1970 when another owner decided to get rid of the wonderful rake of her stern. This marked the beginning of a decline that lasted until 1989, when she was a rediscovered by Albert Obrist, owner of Altair. Tuiga then spent four years at the Fairline Restorations boatyard in England. During this time she was dismantled and meticulously rebuilt piece-by-piece using Fife's original plans. She was now been fully restored to her former glory and is enjoying a magical new life in the waters of the principality with her new owner, the Monaco Yacht Club, headed by Prince Albert Grimaldi.