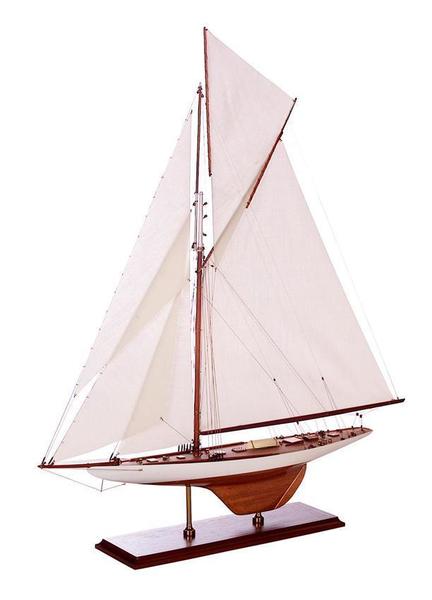 Museum Quality History of the Columbia:

Columbia, another Herreshoff design, was launched in 1899 and considered one of the most beautiful boats ever built. Wrote W.E. Robinson in The Rudder magazine, “Nothing so handsome in naval architecture was ever seen… To all came the impression that here was the acme of American genius and skill in building for the defense of the America’s Cup…” Lipton lost three races by decisive margins to Columbia, which was skippered by Charlie Barr, making his America’s Cup debut as a defending skipper. The fair Columbia had Charlie Barr, a Scotsman and recently naturalized American, as her skipper. She was manned by a crew of Swedes and Norwegians, most of whom had been aboard her in 1899, as had Captain Barr. She belonged to J.P. Morgan and his cousin Edwin D. Morgan.