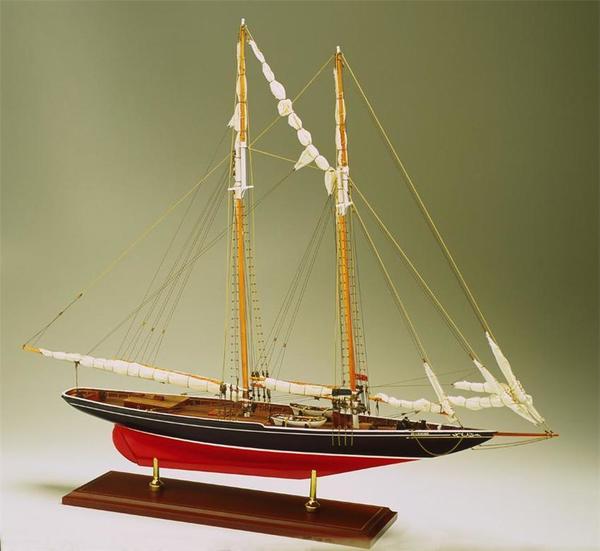 The fishing schooner Bluenose was designed and built for a consortium of Nova Scotians to redeem the International Fisherman's Trophy, (“the working-man's America's Cup") previously won by the American owned Esperanto out of New England. In October of 1921, after a season of fishing the famous North Atlantic Grand Banks, the Bluenose raced and defeated Gloucester's Elsie bringing the Cup back to Canada. During the next eighteen years the Bluenose met and defeated all challengers from the United States and Canada. Despite the efforts of her Master, Captain Angus Walters of Lunenburg, and others wanting to keep her in Nova Scotia, she was sold to carry freight in the West Indies. She eventually foundered on a reef and was lost off the coast of Haiti.